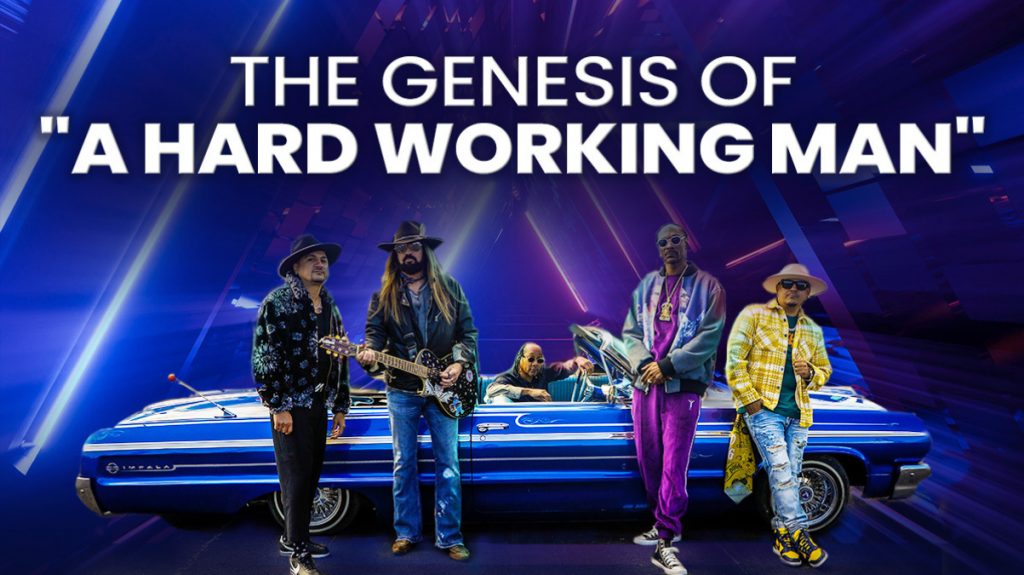 Behind the scenes of “A Hard Working Man”

This prestigious music deal arises from a collaboration between exceptional people within the music industry.
Through mutual friends, the Animal Concerts team got introduced to the Avila Brothers and Bernard Alexander, and they just hit it off. Rather than going through the “traditional route” of signing with a record company, the team chose to launch through Animal Concerts via NFTs and the metaverse. This alternative route provides artists like The Avila Brothers with more control over their work and access to greater revenue-generating opportunities via DeFi derivatives like NFTs.
The Avila Brothers – Bobby and IZ – are an award-winning musical duo with an eclectic mix of achievements in the music industry. Their collaborations on Usher’s “Confessions” album, Mary J. Blige’s “The Breakthrough” and Chaka Kahn’s “Funk This” have won them 4 Grammys for Best R&B Album of the Year. Aside from producing platinum records and working with Janet Jackson and Gwen Stefani, the brothers are also the co-founders of Beats by Dre Headphones and have landed a small musical role in the original Spiderman movie.
Bernard Alexander is a 32-year veteran of the rap music industry, the “Rain Man” has had an incredibly successful career, working with nearly every major player one can think of and proving pivotal in the discovery of celebrities like Akon and The Fugees.
The value of this cooperation was immediately seen by both parties. Just two days after meeting one another, a deal was confirmed! To Animal Concerts, this represented a top-notch partnership, one that grants the company brand-new, perpetual revenue funnels.

With “A Hard Working Man,” Animal Concerts fulfills two milestones: The company achieves the title of executive producer on a top-tier music project and becomes an owner of the intellectual property (IP) rights over the song.
Animal Concerts’ role as an executive producer says, loud and clear, that the company believes and supports the initiatives needed to promote, market and monetize one’s IP rights. Additionally, in this new role, Animal Concerts will be able to empower IP creators and curators to receive the lion’s share of revenues from their content while retaining ownership over their craft.
As an owner of the IP rights over “A Hard Working Man,” Animal Concerts will also gain a portion of all profits made from the song – both in the metaverse and in the traditional music world – in perpetuity. The collection of all licensing and streaming sales, as well as alternative revenue streams like NFT sales and metaverse meet-ups, will now be within Animal Concerts’ legal right.
Owning IP rights to this song will benefit the entire Animal Concerts community, as the profit generated from the IP rights will be reinvested back into the company’s ecosystem.
With a mission to bring value and utility back to token holders, the Animal Concerts team has also promised to use these profits to create future NFT drops, enable fan-artist interactions and scale the overall ecosystem.

More IP deals on the way

The Avila Brothers’ decision to choose Animal Concerts over traditional record companies establishes its edge in the market. It also informs that artists believe in Animal Concerts’ vision for the future of music and are willing to work with the company to achieve it.
More than anything, these IP partnerships represent a “win-win” situation for both artists and Animal Concerts. Artists gain access to alternative revenue streams via Animal Concerts’ NFT and metaverse segments, while Animal Concerts establishes a constant, recurring revenue stream. Because of these synergistic benefits, the Animal Concerts team believes this is a game changer for the music industry, and are already securing similar partnerships.
The music industry has seen several seismic changes over the last few decades and this is sure to be the next one. After upsets with Napster, YouTube and Spotify, the music industry has the opportunity to be now at the forefront of emerging technologies. Being able to utilize the world of NFTs and metaverse brings artists to explore new fans in new places and enables greater levels of interaction.
The Avila Brothers, Billy Ray Cyrus and Snoop Dogg have all hopped on the Web3 train to take advantage of this emerging space, and many other artists are closely following in their footsteps. Stay informed on all upcoming Animal Concerts NFT drops and ecosystem development updates by following Animal Concerts on its social platforms here.