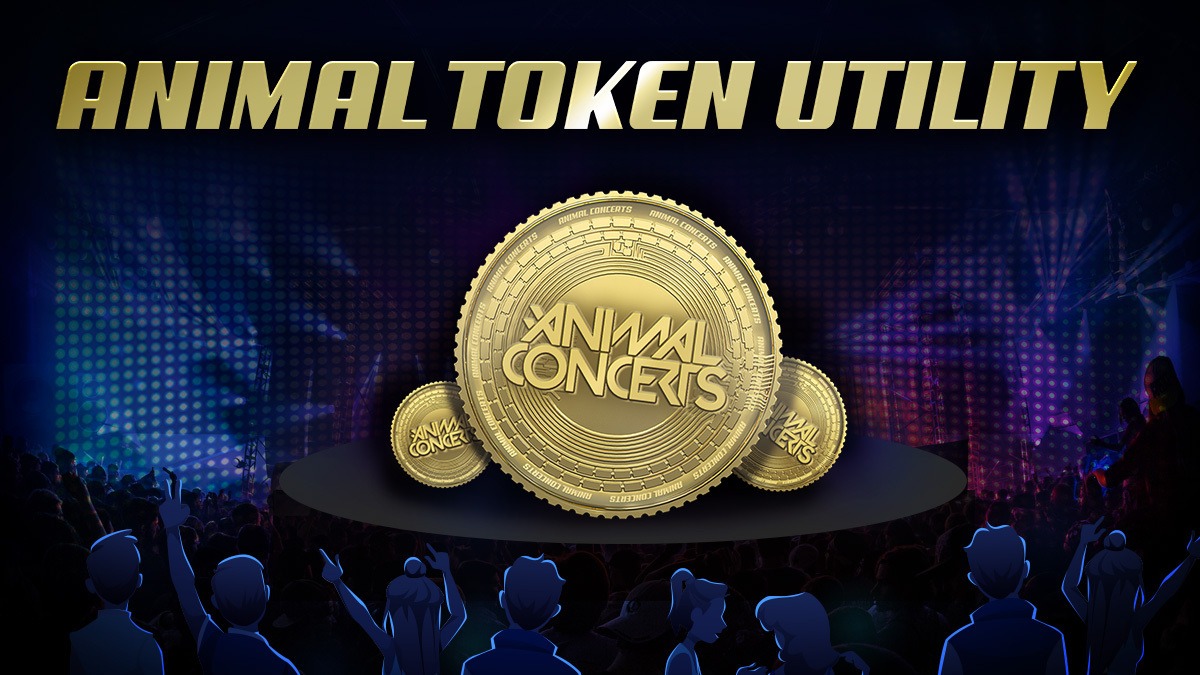 The metaverse is projected to be a $1 trillion dollar industry by 2035. Even in 2022, virtual concerts have already generated a lump sum for artists amounting to $20 million, and this is just the beginning. As we have all seen, popular artists such as Future can easily sell out a stadium! Open this up to the entire world and artists can sell millions in the metaverse – a metaverse that Animal Concerts is already shaping and influencing.

The Animal Concerts vision is grand, and the Token Generation Event (TGE) of the $ANML token is seminal to the development of this vision. We don’t just want you to use $ANML in static exchanges – We want to dominate the scene, become the currency of music, and have you use $ANML tokens in a vast, all-encompassing ecosystem.

The $ANML TGE has arrived, get ready for the show of a lifetime…

Why should you hold the $ANML token?

So what does the future currency of music look like in action? And how would it revolutionize the music industry as we know it? As of today, concert tickets purchased in regular venues are static, meaning, the only purpose of a ticket is to enter the concert. After the concert is over or even upon entry, tickets are disposed of and forgotten about. With Animal Concerts, this is not the case! Each concert ticket purchased with $ANML will be represented by an NFT, meaning that they will all have their own intrinsic value.

Let’s dive into the key benefits of $ANML token:

$ANML as a payment method:

Fans can purchase tickets with their held $ANML tokens, which offers ALL users a discounted price. There is also a discounted rate based on a fan’s loyalty and history to the Animal Concerts ecosystem, similar to how a weighted discounted cash flow model operates. As the ecosystem ramps up, the value of $ANML tokens will become higher, which also increases the purchasing power of the token and allows users to buy more tickets and products within the Animal Concerts ecosystem.

It doesn’t stop there – Interaction between artists and fans is somewhat rare, and the extent is usually when an artist decides to respond to a Tweet or other social media post. With $ANML tokens and the Animal Concerts ecosystem, fans can help shape how the concert is held and also have a say among other factors. Governance by users is one of the great benefits of blockchain, giving unique energy to the whole concert process.

Here are some examples of the power that $ANML will provide its holders:

As the Animal Concerts ecosystem flourishes, so will the power of those who hold $ANML! Moreover, how fans shape the future of metaverse concerts will only be limited to their imagination.

As an added value, Animal Concerts also offers staking, a staple in any robust ecosystem. By staking, you will get access to generous rewards such as an APY percentage, therefore, the more you stake, the bigger the rewards. Animal Concerts generously rewards loyalty, so the longer you stick with the ecosystem the more you will receive and the more access you will have to unique rewards. This includes anything from a whitelist for NFT drops, access to exclusive competitions, and even tickets for real-life concerts. All of these rewards become more highly regarded the closer you inch towards VIP status. Those who achieve VIP member status with their contributions receive exclusive access to limited edition tickets, merchandise, content, and other collectibles. Moreover, users will accrue loyalty discounts faster and receive affiliate rewards with ticket sales and social media posts.

The intrinsic value of the NFT:

Along with all the benefits of $ANML, users still possess the power of the NFT. The intrinsic value of NFT Animal Concert tickets vs disposal concert tickets is stark. When fans purchase tickets with $ANML tokens in the ecosystem, they have eternal proof on the blockchain of their attendance at that concert. Each ticket is represented by an NFT that can potentially increase in value over time. Imagine having the NFT ticket ten years from now labeled with Future’s first metaverse concert. By that point, the metaverse may already be commonplace, making the first tickets on the blockchain thrive with value. Who knows what die-hard fans will give to have these first tickets in their collection.

There are countless ways that $ANML tokens will be used in the future. But so far, in a nutshell, tokens will:

This is just the tip of the iceberg. Holding Animal Concert NFTs and $ANML can mean a whole gamut of opportunities in the future, especially with how quickly Animal Concerts is growing.

If you would like to take a deeper dive into $ANML tokenomics, make sure to check out the Animal Concerts Whitepaper.

There, users can see the spread of token allocation, token supply, vesting, cliff/lock period, terms, and custody as well as the details as to how it all works together. This gives users a good idea on how advanced and sophisticated the tokenomics of Animal Concerts is and how it will support the ecosystem.

As for the token itself, $ANML is hosted on the ETH blockchain and can be purchased on Huobi, Gate, Bitmart, Pancakeswap, Apeswap, and Uniswap. Read our buying guide here. As the ecosystem is being rolled out, users will be able to stake $ANML tokens for generous APY returns.

The ultimate use of the $ANML token is to become the currency of music. With artists such as Future, Busta Rhymes, Alicia Keys, Meek Mill, Diplo, Gunna and Nelly having already performed on the Animal Concerts Stage, the future is already set for Animal Concerts to take over, front and center, on the world stage of music and the future with NFTs.